The Storypod Launches A Figurine-Activated Podcast Player For Kids, To Address Overexposure to Screens

Storypod Helps Parents “Edutain” Their Kids 3+ Screen-Free With A Library of 300+ Original and Licensed Bilingual Stories, Songs, Books, and Games.

MIAMI, FL / JUN 19, 2020 / Character-driven, broadcast-quality audio for hours of screenless fun. On June 30, Storypod launches a crowdfunding campaign for its edutainment audio platform for kids, which helps busy and screen-concerned parents entertain their kids screen-free through interactive stories, songs, books, and games. What effects do screens have on children’s brains? JAMA Pediatrics, a peer-reviewed medical journal in the American Medical Association, found that more screen time results in children’s lower expressive language, less ability to rapidly name objects, and decreased literacy skills. They also discovered that more screen time causes physical changes to the brain — specifically, lower brain white matter integrity in a portion of the brain directly impacting language and literacy skills. The World Health Organization recommends limiting screen time for kids under 5 to just one hour daily of high-quality programming. But how else can parents keep their kids busy all day? Enter Storypod.

Storypod is the creation of Daniel Buelhoff, a serial entrepreneur from Berlin, Germany, now living in Miami, who came up with the idea as a new-age version of his beloved childhood audio cassettes that he re-discovered with his daughter during his cancer treatment back in 2018.

“So here I was finally hitting my stride as a foreign entrepreneur in the US, processing new-parent concerns about screen time when life throws me a major curveball in the form of lymphoma. While back in Berlin for treatment, I discover my 2-year-old daughter’s obsession with my old audio tapes of amazing German stories — and I have the classic aha moment; I’d create a digital, interactive version of this screenless medium and bring the characters to life with these wonderful yarn figurines my daughter loves to play with.” – Daniel Buelhoff, Storypod Founder.

How Storypod works are simple. Kids grab eco-friendly yarn figurines called Crafties, which are about the size of an avocado and embedded with an NFC-chip, place them on their Storypod, and playfully listen and learn to immersive, podcast-quality audio in English and Spanish. Crafties initiate “the magic” on Storypod, through an RFID sensor that upon contact initially downloads the audio content from the cloud to its 16GB of space for offline playback.

Storypod also features read-along books aimed at developing children’s reading skills by encouraging them to follow along word-by-word as dynamic narrations with soundscapes bring their favorite stories to life. At night, Storypod helps parents achieve a stress-free bedtime routine by using the Storypod app to set a sleep timer and nightlight as their kids fall asleep to stories, lullabies, or a variety of white noise.

“I believe the US will experience an audio boom for kids bigger than in Germany, which grew to a billion-dollar industry called Hörspiel. We’re already seeing the explosion of podcasts for adults, so I expect podcasts for kids will soon follow. I do believe that storytelling is one of the best ways for kids to learn. But to do even better, Storypod has an interactive Q&A feature that engages kids with fun questions and riddles based on the listening experience to engage in a more meaningful way,” continues Daniel.

Storypod launches with a bilingual audio library of 30+ characters full of original stories, music, and learning topics created by the team of children’s media experts and Grammy award-winning producers. Characters and titles range from original adaptations of public-domain classics like Cinderella to stories of historical role models like Amelia Earhart to popular children’s media brands, with whom Storypod has already begun licensing discussions ahead of its launch.

The estimated delivery date of Storypod is Q4 2020. Pre-orders will begin with an EarlyBird discount of 50% at $59 on Kickstarter on June 30. Any members of the media wishing to receive more information or interview Daniel should contact him at press@storypod.co

2020-07-04
Previous Post: How Does CBD Work
Next Post: La Villa Francisco Mountain Resort a Relaxation Haven in the City 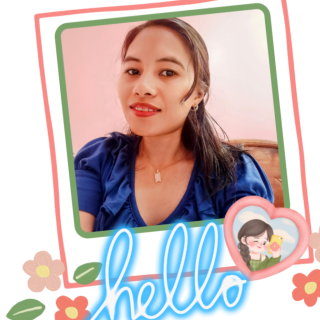