Yours truly is a fangirl of Korean Series, from the many series that I watched, the popular, quick and easy dish they cooked is Gyeran Mari also known as Egg Roll. So, I’m excited to share with you my version of Gyeran Mari (Egg Roll) with a twist. Ingredients of this recipe are affordable and very nutritious. I used moringa leaves that are freshly reaped from the backyard which have lots of vitamins and minerals like vitamin c, potassium, calcium, protein, iron, and amino acids that help our body build muscles and boost the immune system.

The limited distribution and access to food supplies aggravate the plight of poor and low income Filipino households to sustain each person’s required nutrients through healthy meals. On the other hand, home confinement due to the mandated community quarantine may cause more people to not only restrict their physical activities but also to overeat and/or consume more food with empty calories as part of coping with stress and/or boredom.

What will I cook for today’s meal? was the most question that came into my mind especially that I’m working from home and have much time to cook because of the Enhanced Community Quarantine Order to keep us safe from this deadly pandemic.

Social distancing, using a facemask, frequent handwashing, and healthy lifestyle and food are ways to keep us safe from the COVID-19 pandemic. Mentioning healthy food, what I have below is a menu that rich in nutrients, budget-friendly and easy to cook as well.

Free days before you begin your cleansing, possess a few meats and try and stick with fruit, clean soups and organic greens. Eat as little grilled food as you can and drink lots of new, real water.

This lemon detox diet can permit the human body to prepare itself and you’ll find that procedures such as the salt water flush would have been a lot simpler in a shorter time period.

The country has been facing the rise on the number of underweight and overweight Filipinos for more than 20 years. The World Health Organization (WHO) defined this phenomenon as the “Double Burden of Malnutrition” or the “prevalence of both undernutrition and overweight in the same community, nation, or region.”

To address this problem, our government launched the Pinggang Pinoy® campaign in 2014. Pinggang Pinoy® is an easy-to-understand food guide showing proper food group portioning on a per-meal basis. This reflects the principles of MOderation, VAriety and BAlance (MOVABA) to promote healthier eating habits.

Solving the Philippines’ Double Burden of Malnutrition should be a collaborative effort between the public and private sectors as it is not an easy feat. With this, Ajinomoto Philippines Corporation partnered with government agencies to conduct education programs to raise awareness and promote the practice of Pinggang Pinoy® in malnutrition hotspots, where incidences of Double Burden Malnutrition are high. This training was given to homemakers/mothers who have malnourished (underweight, stunting, wasting, overweight and obese) school-aged children.

The pilot run resulted to improvements of the knowledge & attitudes of households related to the practice of Pinggang Pinoy® within target areas. However, behavior changes towards healthier eating habits remains to be a challenge. The program uncovered a number #MalnutritionTraps that some Pinoy households easily fall into. The following #MalnutritionTraps provide a picture of how unhealthy eating habits may lead to Double Burden of Malnutrition:

END_OF_DOCUMENT_TOKEN_TO_BE_REPLACED 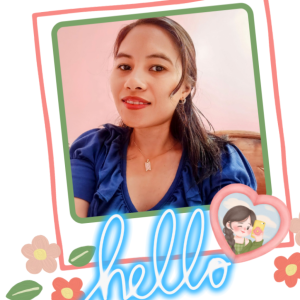 I’m a pinay mom of two lovely kids, financial analyst by profession and writer/author behind this blog.
For sponsored posts, advertisement placements, and product/service reviews and collaboration email me at momshoutout@gmail.com

for freebies and daily update